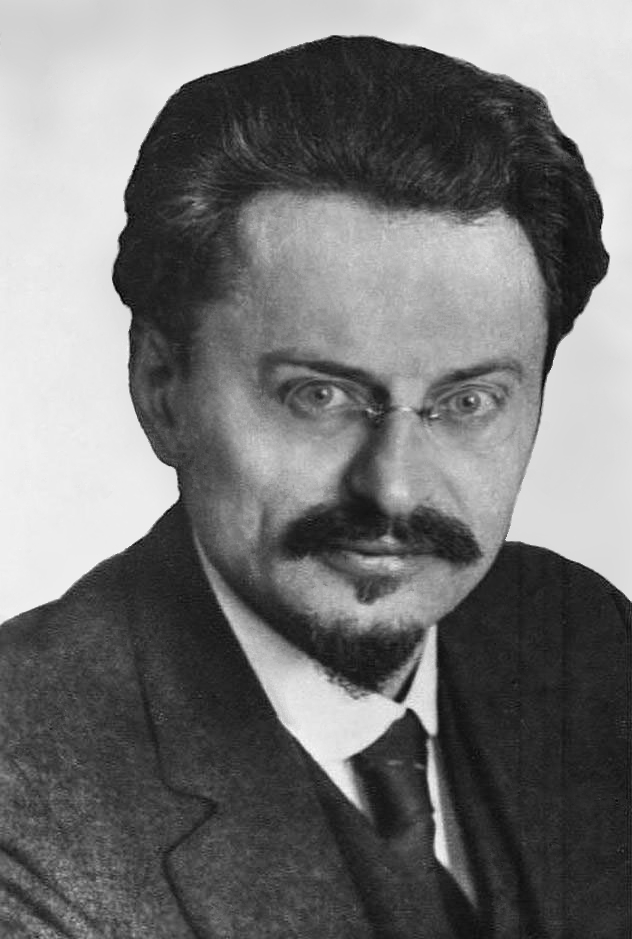 “Leon Trotsky on Black Nationalism and Self-Determination” is a book published by the U.S. Socialist Workers' Party. Originally published in 1967, this is the corrected and currently “official” edition from 1978. The SWP supported Malcolm X (the front cover shows Malcolm talking to a protest rally), community control, Black self-determination, and moves to create an independent Black political party. Various super-orthodox Trotskyist groups, such as the Spartacist League and the Workers League, criticized the SWP for “political adaptation to Black nationalism”. The publication of this book was meant to counter such accusations. It contains transcripts of discussions between Trotsky, Caribbean anti-Stalinist Marxist C L R James and various American Trotskyists, in which Trotsky takes essentially the same position as that later adopted by the SWP. The SWP's super-Trotskyist opponents, who loved to quote the Old Man's writings as Holy Writ, probably didn't know what hit them! I readily admit that I was somewhat surprised myself by Trotsky's clear stand in support of Black “nationalism”.

In his discussion with Arne Swabeck, Trotsky takes the same position as the Stalinist Communist Party: Blacks are an oppressed nation, and therefore have the right to form their own independent state, presumably somewhere in the American South. (This was also Lenin's position.) He even says that Blacks speak their own language, perhaps a reference to Gullah. Swabeck, by contrast, takes the “integrationist” position more typical of latter-day Trotskyists. In a later discussion, the topic shifts from the South to the North, where Trotsky and James (at the time a supporter of the Trotskyist movement) wanted to create an independent Black political organization, a kind of civil rights movement. It's interesting to note that Trotsky wasn't opposed to the Black organization standing in elections, and even says that Black Democrats can be supported, provided they run against the official Democrat candidates on an independent Black ticket supported by a radical protest movement. In plain Black English, Trotsky, James and the early SWP supported the creation of a Black Party.

While it's true that the early SWP didn't advocate national self-determination for Blacks as an immediate “agitational” demand, their entire way of framing the question shows that they did support such self-determination. In the Black American case, even the defence of the “right” to self-determination means support for actual self-determination, since the opposite position (integration or assimilation) is explicitly based on the idea that this “right” is meaningless, dangerous or wrong. Compare this with somebody defending the “right” to Jewish self-determination, when Jews were still scattered around the world, with no territory of their own. Obviously, only a Zionist or pro-Zionist would take such a position. The SWP also strongly implied that the future political radicalization of most Blacks would happen along nationalist lines. When this particular book was first published, the SWP regarded their prognosis as at least partially vindicated by the emergence of Malcolm X as a strong nationalist leader with socialist leanings.

Otherwise, what mostly struck me when reading Trotsky's comments on the Black and colonial questions, are their uncompromising, in-your-face character, far removed from the habitual Euro-centrism of many later Trotskyists. Here are a few tidbits!

“The fact that they [Blacks] are today not a majority in any [American] state does not matter. It is not a question of the authority of the states but of the Negroes. That there are and will be whites in areas that are overwhelmingly Negro is not the question, and we do not need to break our heads over the possibility that sometimes the whites will be suppressed by the Negroes.”

“Ninety-nine point nine percent of the American workers are chauvinists; in relation to the Negroes they are hangmen as they are also towards the Chinese, etc. (…) Those American workers who say: `The Negroes should separate if they so desire, and we will defend them against our American police' – those are revolutionists, I have confidence in them. (…) The American worker is indescribably reactionary. This can be seen now in the fact that he has not yet even been won to the idea of social insurance”.

“The white slaveholders accustom the Negroes not to speak first. But on the picket line they show more courage [than the White workers]. That is true of all oppressed nationalities. We must approach them everywhere by advocating that for every lynching they should lynch ten or twenty lynchers”.

Although I have a more “reformist” perspective than the Old Man or Malcolm Shabazz, I do prefer a rebellious slave to his master's house socialists. This is Trotsky X. Five stars!