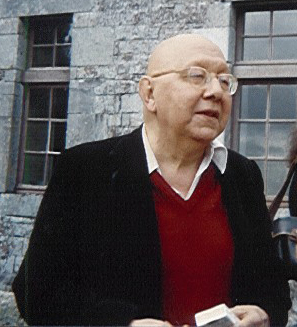 Cornelius Castoriadis was a Greek-French philosopher, psychoanalyst and political activist. In leftist circles, he is mostly known for having founded the post-Marxist group Socialisme ou Barbarie (“Socialism or Barbarism”), which inspired a similar group in Britain, Solidarity. For some reason, Castoriadis often wrote under pseudonym. His most well known pen name was Paul Cardan.

“History as Creation” has a pretty strange publication history. It consists of two chapters of a larger work called “Marxisme et Théorie Révolutionnaire”, published in instalments between 1961 and 1964 in the journal Socialisme ou Barbarie. In 1975, Castoriadis reused this work as an introduction to an even larger opus, “L'Institution Imaginarie de la Société”. As for Solidarity, they translated the original chapters of “Marxisme et Théorie Révolutionnaire” on an on-off basis as a series of separate pamphlets. One of them, then, is “History as Creation”. Thus, this is simply a small portion of a far larger project, and could therefore be seen as a kind of Castoriadis teaser trailer. While the author poses a lot of interesting questions, he never solves them. I suppose the denouement can be found in “The Imaginary Institution of Society”.

Castoriadis attacks on Marxist philosophy are pretty scathing. He aims his sarcasm at the Hegelian trait, the “closed dialectic” in which everything real is rational, and all of human history can be rationally comprehended, presumably by Marx and Engels writing circa 1859. Not only is human history rationally understandable en toto, its future course can be predicted with certainty, too. Strangest of all, the future course of history conforms perfectly to the value-system held by Marx and Engels circa 1859... The pamphlet contains a series of bizarre apocalyptic imagines from some unfortunate Christian tract, predicting the end of the world in 1908. It's not clear whether these are from Castoriadis' original work, or have been added by the translators. They are, of course, intended as a warning to those who claim to know the exact future of society.

Sarcasm aside, Castoriadis also have a number of serious points. Marxism claims to be materialist, but its philosophy of history sound teleological. But if history has a course and a meaning which can be rationally grasped by human minds in its totality, how can we speak of “materialism”? Castoriadis, ironically or not, calls such a notion mysterious. Of course it's mysterious – but only because Marx and Engels rejected the existence of God. If God exists, then the teleology of history makes perfect sense! To Castoriadis, the difference between Hegel's “idealism” and Marxist “materialism” is negligible. In both cases, we are dealing with a “closed dialectic” which in truly mysterious fashion claims that our (finite) minds are capable of completely grasping a rational whole. Indeed, the idealist position is more logical, since it posits that the world is a product of our minds. If so, its complete intelligibility is less of a mystery than in a “materialist” scenario.

Another problem is that both Hegelian and Marxist teleology seems to be hidden, a “cunning of reason” (Hegel's term) where individual human actors or even whole human societies consciously strive for one goal, only to end up somewhere else entirely. Thus, the Puritans turned to worldly asceticism in the service of God, but ended up accumulating capital and thereby laying the foundations for capitalism, a system anything but ascetic and godly. Of course, it was capitalism that “the cunning of reason” wanted to create in the first place. History used the Puritans as its unconscious tool. But isn't this really the same notion as the Christian idea of Divine Providence, Castoriadis asks? Since Castoriadis is critical of the Bolshevik revolution in Russia, he uses it as a negative example of “the cunning of reason”. Perhaps History used the Bolsheviks and the Petrograd proletariat as its unwitting tools to create a world run by the state bureaucracy?

Castoriadis' project is not merely to “place Hegel on his feet” (Marx' and Engels' description of their philosophy), but to chop off his head. The author wants an “open dialectic”, which recognizes creativity, emergence and contingency, while rejecting strict teleological (and quasi-Christian) determinism. However, these points are merely touched upon in “History as Creation”, making it imperative to read all of “The Imaginary Institution of Society”, or at least the introductory chapters.

Castoriadis does point out an additional mystery in this trailer. He admits that Marx had a point when declaring that humans make their own history, but not in conditions of their own choosing. This is what makes humanity end up somewhere else than were it wants to go. Yet, despite this, human society has a fundamental coherence, not simply in the social or cultural sense, but also as a web of symbolic meanings. How is *this* possible, if we always follow the wrong routes, are subject to contingency, and lack a teleology? Of course, a Hegelian, Marxist or (in his own way) a Christian would presumably argue that this mystery proves teleology. Castoriadis cannot accept this, creating a “cliff hanger” of sorts awaiting solution in his magnum opus…