Out with a bang

Does Styx want to get banned from YouTube? He is usually more "tactical" than this on that particular forum. Out with a bang? Had to check some of the slang words used...

"Greta: One Year to Change the World" is a three-part documentary about young climate activist Greta Thunberg. It follows her peregrinations around the world in 2019 and 2020. Both Greta and her father Svante speaks English in the series. It´s interesting to compare this BBC production with the Swedish film "I am Greta". In the latter, Greta Thunberg comes across as borderline crazy (probably unintentionally - it´s a pro-Greta film), whereas the BBC series paints her in a much more serious way. We also get to meet a lot of climate scientists, who try to educate the viewer about the severity of the climate crisis. One of the few celebrities featured is Sir David Attenborough. And, I suppose, Greta´s two dogs!

Greta visits disappearing glaciers in Canada, a community in California severly hit by forest fires, and a location in Switzerland where the avalanches are just getting worse. The message is that nobody really follows the Paris Agreement on stopping climate change. Nor is it obvious what *could* halt it (except radically cutting down on fossil fuel use). Planting new forests? Yes, but it takes 30 years before a forest can become a net carbon sink. During the first 15 years, it *emitts* more carbon dioxide than it binds! Nuclear power? Yes, but we would need to build thousands of new nuclear power plants. Fast! Carbon capture and storage? The prototype Greta visits would have to be expanded one million times in order to capture all the emitted carbon dioxide. During the COVID lockdowns, the carbon emissions only went down by 7%. Meanwhile, the politicians just talk the talk.

The most hilarious part of the series is when Greta visits retired coal miners in Polish Silesia. The whole thing looks like a good old Communist psy op from the Cold War, with the miners being dressed up in uniforms with weird medals, pretending to support the little climate activist. A bit like when Red operators claimed to be for "peace" back in the days. Still, a smarter approach than that of the Alberta oil workers in Canada, who staged counter-protests, forcing Greta´s campaign to hire security for her!

Another absurd incident takes place during the COVID pandemic, when Norway closes its border with Sweden. Greta absolutely wants to meet a Norwegian psychologist who has done research on how people are affected (or not affected) by the radical climate message. So they meet in a house that´s literally on the Swedish-Norwegian border, with Greta sitting on the Swedish side of a table, while the psychologist is sitting on the Norwegian side of the very same table! And no, none of them is wearing a mask...

Of course, the problem is that modern society *can´t* cut back its fossil fuel use by 50% in 10 years, or whatever is the current demand of the radical Greens, without collapsing. China won´t cut them, and neither will India, Russia or Brazil. In the long run, it might be a good thing from a Chinese or Russian perspective that the West stops using fossil fuels, since the remaining oil and coal resources can then be monopolized by the West´s enemies (presumably fueling a more autarkic economy than at present). A crippled West probably wouldn´t be able to maintain its nuclear parity or superiority either, suggesting that the climate change movement, although well meaning, will be used as "useful idiots" by Beijing and Moscow.

The real perspective is one of increased resource wars between the great powers, with lesser powers and barbarian warlords joining the fray, while millions of people get displaced or simply die due to extreme weather events. I don´t think uptight moral commentary can change this.

A fascinating portion of the documentary records Greta´s reactions to the silent expanses of the Atlantic Ocean. Her reflections sound almost Buddhist. I sometimes wonder if that is the only "solution" to our predicament... 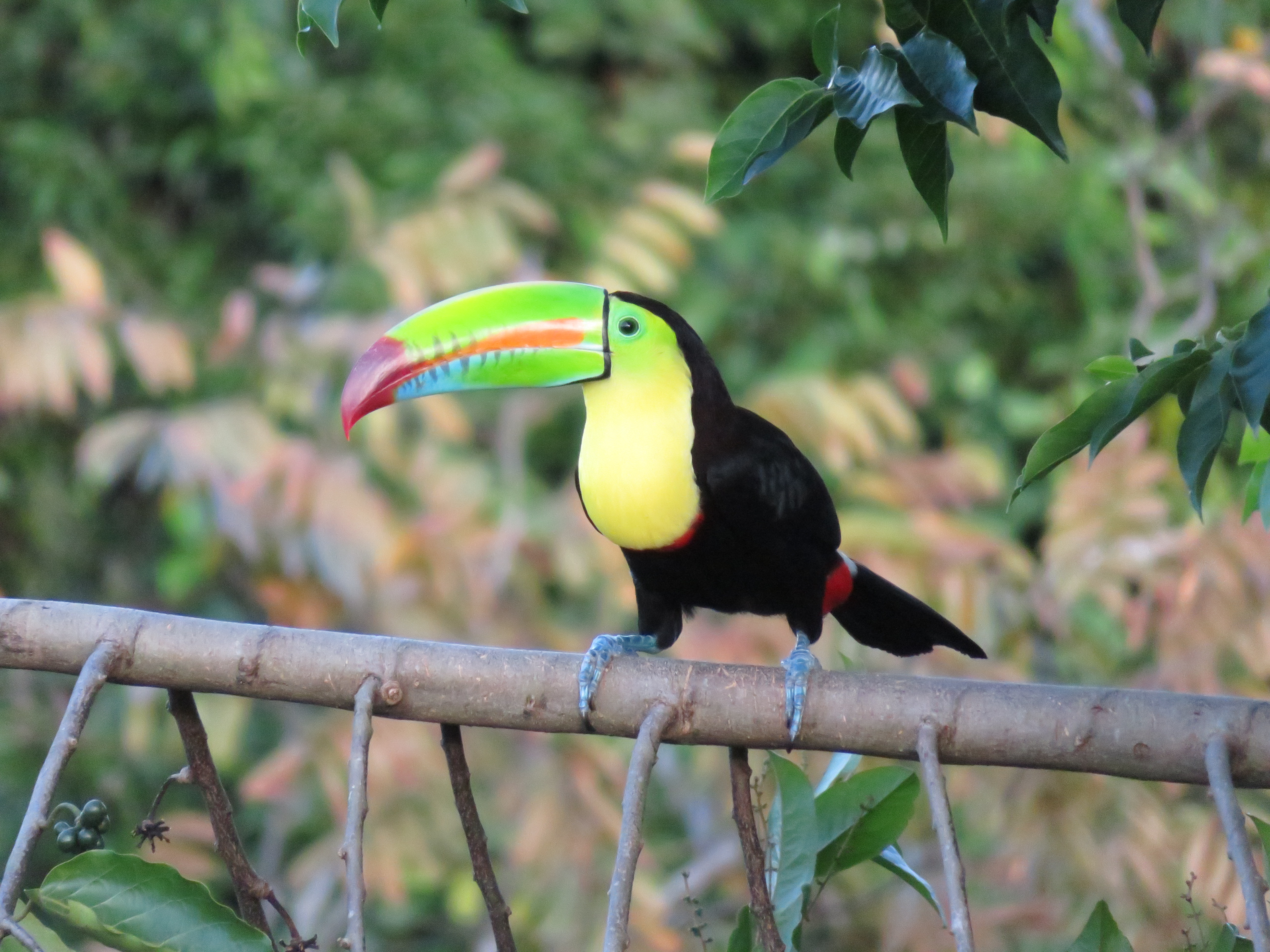 Email ThisBlogThis!Share to TwitterShare to FacebookShare to Pinterest
Labels: Down and out at Kulturvetarlinjen, Feminism, Islam, LGBT, SJWs, Sweden

I don´t know exactly who Rhyd Wildermuth is, since I don´t follow his blog with any regularity. I think he is a leftist Neo-Pagan, or perhaps an ex-leftist Neo-Pagan, who wrote several well known attacks (at least in the relevant milieux) on right-wing, racist and nationalist paganism a couple of years ago. He used to live in the United States, but seems to have relocated to Brittany in France. I recently read, or in one case re-read, his blog posts "Good White Men", "Notes on the Latest Crusade" and "Here Be Monsters". I´m trying very hard to break with leftism, at least of the "official" or "regular" variety, but I must say that these essays give me some kind of flashbacks to my younger radical days, especially "Here Be Monsters", in which Wildermuth seems to be breaking with leftism himself...but for all the wrong reasons!

The two earlier posts are written from an almost Marxist perspective, in which Wildermuth tries - apparently in vain - to school the California SJWs on the need for workers´ or people unity against Capital, mass struggle, class struggle, real organization, and the fact that "identity politics" are just an individualist-capitalist ploy in the first place. He also criticizes the sectarian purism common in such circles. The posts created quite a stir, since Wildermuth framed it as an explicit criticism of reverse racism or White self-hate in the SJW milieu.

"Here Be Monsters", written three years later, is strikingly different in tone from the two earlier ones. It sounds as if the author is leaving the left altogether. But in what direction? He seems to be suggesting that "oppression" isn´t real, or at any rate inconsequential. So is the dichotomy between left and right, classes and genders, indeed so are all politics. The polis, after all, is an entirely human construct. But humans are just specks of dust in a vast, weird, proto-Lovecraftian cosmos, which couldn´t care less about our coming and goings. This cosmos is filled with spiritual forces and does carry some kind of deeper meaning, but it´s probably not about ourselves. Our "identities" and ideas about "oppression" are just fantasies, created as psychological self-defense mechanism against the terrifying Real.

Maybe to a privileged White middle-class person in California, "oppression" isn´t really real, but just another White middle-class person (insert preferred pronoun here) neurosis. Like the guy mentioned in the first part of the essay, the poor guy who imagined himself to be a bat (what a pity Thomas Nagel never met him) and therefore "oppressed" by the invisible "structures". Indeed, I suspect one of the reasons why privileged White folk invent new "identities" and claim to be "oppressed" on their basis, is precisely because they want to LARP as a civil rights movement. They can, of course, go fuck themselves. That doesn´t mean the divisions between right and left, classes, genders, or sexualities are "false", "fantasies" or "mere orientations on a map", as provocatively suggested by Wildermuth. What about Capital and the labor movement? Fascism and Social Democracy? Races, ethnic groups or nations aren´t "fantasies" either. What about Blacks and Whites in the Deep South? Yes, that´s an uber-obvious example, but that´s just the point...

To those who are *really* oppressed, oppression isn´t a fantasy, and the fact that the polis is a mere dust particle in an infinite universe is, of course, irrelevant. Our survival as dust-mites depends on our inclusion in that very polis...

The argument that the real-world oppression (or real-world ethnic conflict, if you´re more on the nationalist side) is inconsequential in the bigger scheme of things is the old conceit of Deep Ecology, which was mostly based among privileged White people, some of them probably millionaires. But even the relation between the polis and Nature is mediated by social relations *within* it. Are there material constraints on the polis, imposed from the outside by the Real? Of course there are, but once again, how these material constraints affect various groups in society, say various genders or classes, is a political question. The Irish potato blight may have been caused by the Lovecraftian Wyrms. The *famine*, alas, was not. It was caused by the British polis...

It´s almost as if Rhyd Wyldermuth should have stayed a Marxist pagan.

Notes on the Latest Crusade 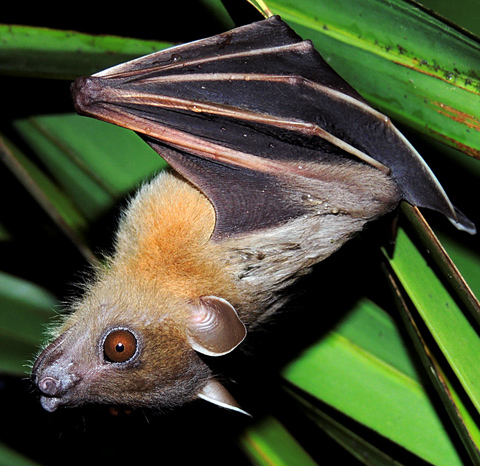 I might write a criticism of this essay later, but for now, I want you to read it just for the sheer fun of the anecdote retold in the first paragraphs. I almost fell from my chair, laughing. It just *can´t* be true, and yet we all know that of course it is. Yes, it´s about crazy "identity politics" in California. How *does* it feel to be a bat?

Posted by Tidlösa at 2:31 AM No comments:

"Oceans" is the fourth part of the five-part documentary "A Perfect Planet" from the BBC. Or rather ocean, since strictly speaking there really is just one large sea on planet Earth. As usual, we get to see spectacular footage of more or less bizarre creatures. There is the flightless cormorant on the Galapagos Islands (it´s an excellent swimmer and diver) and the sea iguanas, large lizards which seek their food in the oceans...but die of cold unless they swim back to shore within 30 minutes. When really hungry, they simply attack the nests of the cormorants, eating the algae the nest are made of!

Meanwhile, somewhere else in the Pacific, surgeon fish gather to release their eggs and sperm into the water to be carried away by the streams from any threatening predators...except the giant manta rays, which gather at the same place at exactly the same time, gobbling up substantial amounts of the nutritious mix! Another pelagic glutton is Bryde´s whale, which we see in action somewhere off the Thai coast. "A Perfect Planet: Oceans" also features sharks, sting rays, bony fish of all kinds, and a very bizarre octopus (or is it a squid?).

The episode ends with another look at how "A Perfect Planet" was made, concentrating on the first part of the series, "Volcano". The team, led by Richard Wollocombe, descend into the crater of the dormant volcano at Fernandina, one of the Galapagos Islands. More people have been in space than down this particular crater, and I can´t say I blame Buzz Aldrin for choosing the former option! The place looks like a cross between Mordor and Dante´s Inferno, with huge rocks constantly falling down the steep slopes. At the bottom of the crater is a mysterious blue-green lake. But why on earth does anyone want to film *there*, and did they ever get an insurance, and if so, how much did it cost? If you´ve seen "Volcano", you know the answer: female land iguanas regularly descend into the crater, despite all the dangers, to lay their eggs in the warm ash at the bottom. How on earth evolution took *this* course is never explained, and perhaps we don´t even want to know...

The next and last episode of this stunning series is, perhaps ominously, entitled "Humans". Let me guess. We get to see a lot of house crows, house sparrows and cockroaches? A perfect planet indeed! :D

Posted by Tidlösa at 3:22 PM No comments:

Email ThisBlogThis!Share to TwitterShare to FacebookShare to Pinterest
Labels: Communism, Down and Out at Telefonplan, Geopolitics, Russia, Soviet Union, Sweden 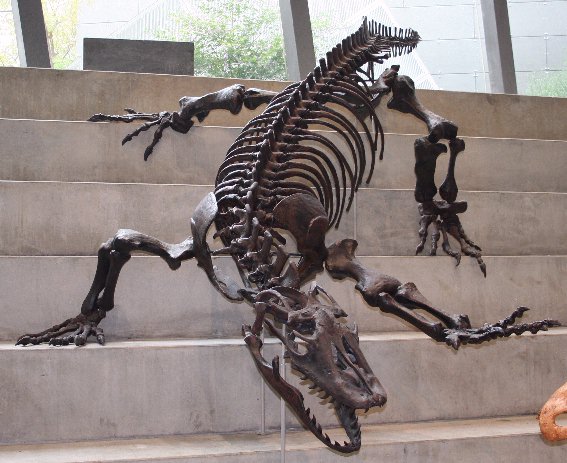