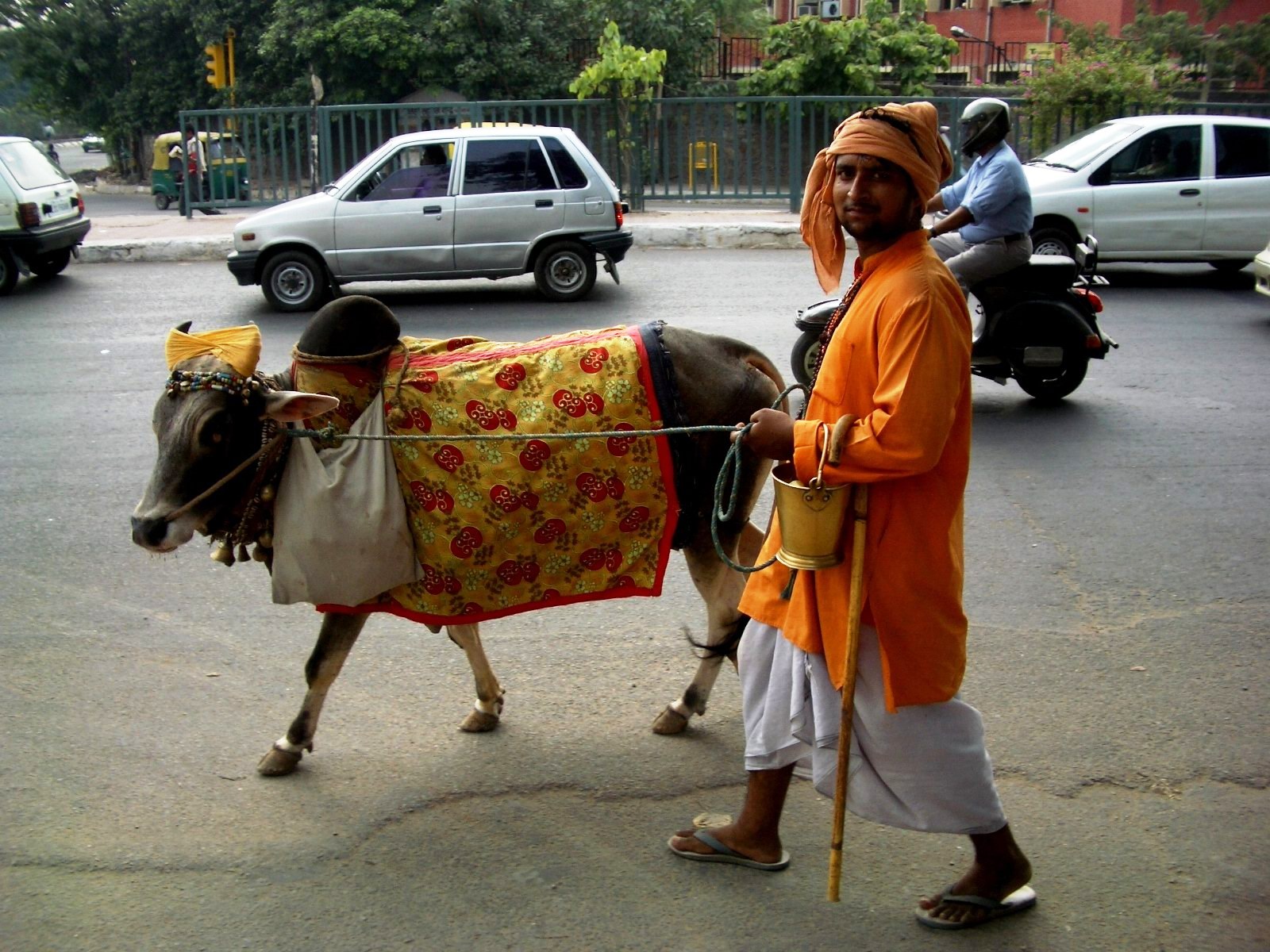 “The Myth of the Holy Cow” is a book by Indian historian D N Jha. It disproves the claim that the cow has always been sacred within Hinduism. The original Aryans sacrificed cattle to the gods (Indra in particular is said to have been a beef-eater) and also consumed beef themselves. This was true of all castes in Aryan society, including the Brahmins. Later, cow-killing and animal sacrifice became more controversial, but the Hindu tradition still contained strands which didn't prohibit it. Jha believes that the sacredness of the cow is a modern invention by Hindu communalists who use it as a rallying point for anti-Muslim mobilizations. Jha's book was published when India had its first BJP government and stirred up serious controversy. BJP is a right-wing Hindu nationalist party.

While all this is very interesting, I found “The Myth of the Holy Cow” interesting for another reason, too. It's a persistent myth among militant vegans in the West that Hindu and Buddhist civilizations are “vegetarian”. The claim is absurd on the face of it – I think most people know that meat is consumed in India or Thailand, two popular tourist destinations for Westerners. However, if anyone still believes in the old canard, they should definitely read this book!

Archeological excavations prove that Indians have always been omnivorous and hence killed and consumed animals (including “holy” cows). During Vedic times, prominent Brahmins were greeted by cattle sacrifices and partook of the sacrificial meat. The priestly caste didn't become vegetarian until much later. Medical texts from medieval India recommend meat as a curative. The Buddhist emperor Ashoka ate peacocks and deer, and while he did prohibit the killing of many animal species (including ants!), he never made the slaughter of cattle illegal. Under certain circumstances, pigs could be killed and eaten, too. The poor buffalo, despite its likeness to the holy cow, have been butchered until recently, for instance to appease the wrathful goddess Kali. The meat was then sold to hungry devotees…

So no, Hindu and Buddhist civilizations were hardly role models for confused Western teenagers fighting for “animal rights”. Another propaganda myth laid to rest. Or perhaps we should say that another holy cow have been disposed of. Animals are verily food!