The Myth of the 20th Century 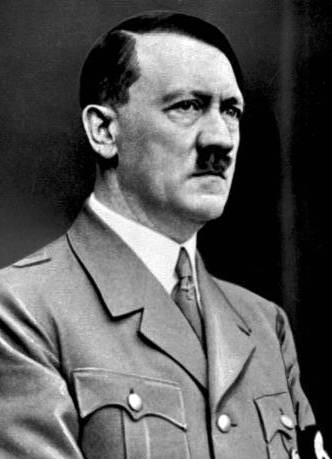 (This review is based on the Manheim translation)

“Mein Kampf” is easily the most notorious book ever written. It's one of those books everyone has heard about but nobody has actually read. And no, I didn't read *literally* every page of it either. Only a sense of duty can carry a non-Nazi through this chloroform in print. Originally published in two volumes 1925-26, the book was written by Adolf Hitler during his imprisonment in 1924 after the failed “Beer Hall Putsch” one year earlier. The first volume is the most interesting, since it's part autobiography. However, it's also uneven and often badly written. The second volume is strictly political, feels better written (at least in this English translation) but is also more boring, unless you like a certain kind of political pamphlets. The book says virtually nothing about the Beer Hall Putsch which landed Hitler in prison in the first place. (I assume Hitler wasn't quite ready to “sing” just yet.)

Most of the contents of “Mein Kampf” are unsurprising. Yes, Hitler really was a Nazi. Anti-Jewish hate speech starts already on page 21 and continues more or less unabated thereafter. The anti-Marxist and anti-Social Democratic tendency is also strong, with Marx constantly referred to as “the Jew, Karl Marx”. Hitler explicitly calls for German imperialist expansion in Europe, directed against Russia. He rejects parliamentary democracy in favor of “Germanic democracy” (really strongman rule). Egalitarianism, both between nations and between individuals, is attacked. The state should unite all ethnic Germans and be explicitly racist. The exact relationship between the German Volk and the Aryan race isn't entirely clear, though. The state should be strictly secular, a position Hitler no doubt took since Germans have long been divided between Protestants and Catholics. Hitler comes across as religiously indifferent, but with a strong belief in Fate. Above all, Fate has chosen *him* to be the next great leader. In the autobiographical chapters, Hitler comes across as a “misunderstood genius” with strong grudges. Women are hardly mentioned at all in his book, but it's made clear at some points that the future Führer was indeed strongly patriarchal. As for concrete strategy and tactics, Hitler emphasizes the need for terror and physical violence against political opponents, but also mass meetings and propaganda (with his own speeches as an important ingredient). It's not entirely clear how the Nazi movement is supposed to go from its state in 1924, after the failed Munich putsch, and the future Machtübernahme, and perhaps Hitler didn't know this himself at the time of writing.

On other points, “Mein Kampf” may sound surprising to somebody not well versed in Nazi history and tactics. Thus, Hitler's movement very deliberately styled itself “National Socialist”, and the “socialist” aspect was an important part of the selling message. Hitler's aim was to win the working class for the Greater German project by fusing nationalism-racism with “socialism” (at this time, most German workers were probably socialists of some sort). In the book, he blames the poverty of the workers on the system, not on the poor themselves. More specifically, he attacks “Jewish” international finance and stock exchange capital, plus usurious interest rates. Hitler also spends considerable time writing about his own hardships as a struggling student and painter forced to work menial jobs. Interestingly, the Nazi leader admits that his organization chose red as a party color in order to provoke the Marxist socialists and bourgeois opinion alike. In other words, the Führer was trolling! He gets in more trouble when discussing the labor unions, and frankly admits that the Nazis don't have a good strategy for dealing with them. At the time, the unions were of course controlled by the socialists. Hitler *does* say that the unions won't be allowed to strike after the Nazis have taken power…

It may also surprise some people that the author attacks super-Germanic Neo-Pagan LARP-ers. This is ironic on several levels. First, many neo-Nazis are Neo-Pagans. Second, many non-pagan neo-Nazis are LARP-ers, Nazi LARP-ers to be exact. Don't get me wrong, but it seems Herr Schiklgruber knew more about what works than many of his latter day admirers…

*Really* surprising was Hitler's constant calls for an alliance between Germany and Britain. He apparently wanted to use the contradiction between the British and Communist Russia to his advantage, and hoped for a similar conflict to develop between Britain and France when the latter nation would become too strong on the European continent. He also expresses support for British colonial policy in India. There is even a positive reference to the United States in the book – yes, Hitler compares his racial orientation with the decision of America to sharply curtail immigration. On a more ironic note, Hitler is forced to criticize the German and Austrian campaigns in solidarity with South Tyrol, a German-speaking territory occupied by Italy after World War I. At the time “Mein Kampf” was written, these campaigns were directed against the fascist government of Mussolini, whom Hitler already at this point considered a potential future ally! So the future leader of Greater Germany has to award *this* German area to another nation… But then, Adolf had very few principles in foreign policy anyway.

Not sure how to rate the magnum opus of the worst genocidal butcher in world history, but in the end, I give it two stars. Thank god our boys won the war.