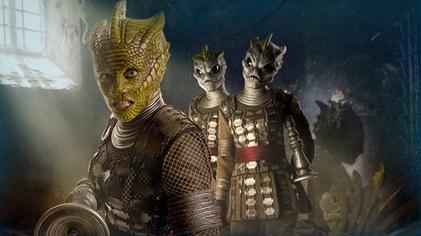 This is the (current) summer issue of “Atlantis Rising”, a magazine at least broadly inspired by the kind of exploration and speculation associated with Graham Hancock. The quest for the Lost Civilization plays a prominent part in its pages, alongside other more forthrightly supernatural themes. The articles are popular in character and most can be read by a wider audience. A curious facet of “AR” is the magazine´s infatuation with high tech, only somewhat tempered in this issue by an article arguing against AI, nanotechnology and the Internet.

This issue contains an article on Arthur Conan Doyle and his infatuation with Spiritualism and fairies (it was even worse than I imagined), another article on Socrates and his “daimon”, and one about dragons, which somewhat surprisingly decides to be agnostic on the issue. Michael Cremo, the resident alt-archeologist of this magazine, comments on the “Silurian Hypothesis” (the idea that we are not the first high tech species on planet Earth). There is an interesting piece on Antilia and Hyperborea, which to a large extent seems to be based on “official” knowledge. Two rather curious “feminist” pieces have also been included. As already mentioned, both anti-tech and pro-tech pieces have been included.

While I happen to disagree with many of the concrete alt-knowledge claims in this publication, I admit that I became more positive towards the general thrust of the Lost Civilization argument over the last couple of years or so, although in my case it was John Michael Greer rather than Graham Hancock who “converted” me, so to speak. I think Mr Greer would smile one of his wry smiles if he ever learns of this publication´s worshipful attitude towards Elon Musk…

That being said, I will give this issue three stars (the OK rating).