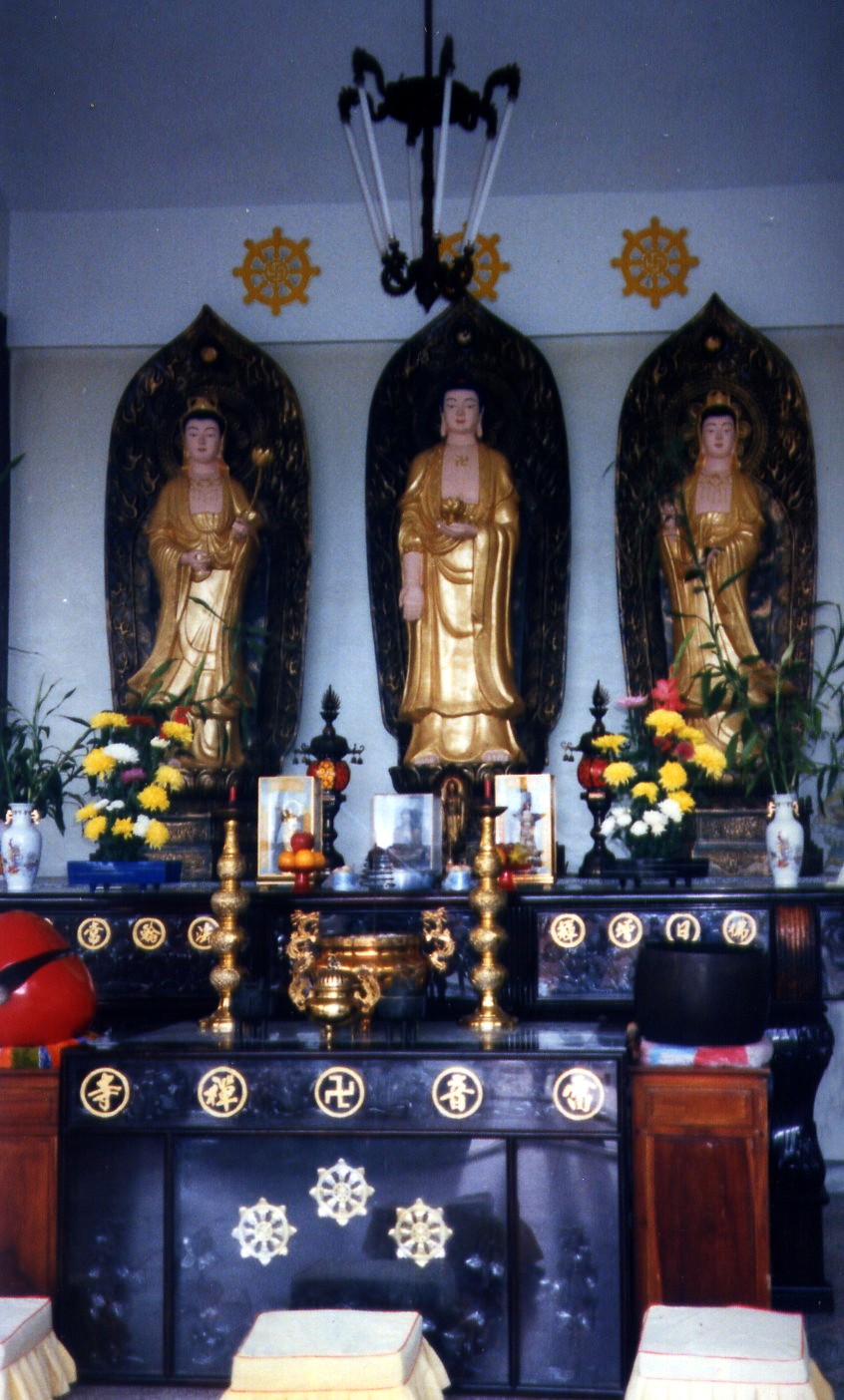 The author of this little e-book, Venerable Wuling, is an American Buddhist nun. (Despite her name, she seems to be White American.) She is affiliated with a Pure Land denomination based in Australia, founded by Venerable Master Chin Kung. Pure Land Buddhism is a popular form of Mahayana Buddhism in China and Japan. This organization is Chinese-dominated.

Pure Land Buddhism is clearly different from Theravada Buddhism, and arguably also from the Buddha´s original teachings. It could be seen as a Buddhist form of bhakti yoga or even a kind of Buddhist “Christianity” or “Protestantism”. According to Pure Land teachings, attaining enlightenment is easy. It can be done in one lifetime by the veneration of Amitabha, a bodhisattva or cosmic buddha who plays a more central role in this tradition than the Buddha himself. By practicing ritualized chanting and prayer, upholding basic moral precepts, and having faith in Amitabha, the devotee will be reborn in a paradise world known as the Pure Land in the West. Once there, the believer can either chose how to attain full Enlightenment and reach Nirvana, or return to Earth as a bodhisattva in order to save other sentient beings. In standard Buddhism, salvation is difficult and can take many lifetimes to achieve. No “Pure Land” exists, the only heaven-like stations being temporary and still part of samsara.

According to the legends of this particular group, Amitabha was once a human being. During countless of eons, he accumulated enough positive karma to create a paradise-world reachable for all devotees by relatively simple means. In a way, Amitabha shares his good karma with those who venerate him. Compare Christianity: Jesus forgives humanity´s sins and opens a path to salvation previously inaccessible to the multitude. He can do this by positive karma accumulated on the cross (if you pardon my Buddhoid interpretation of Christ´s atonement). Since Amitabha isn´t crucified or sacrificed, an even better comparison would be to Hindu bhakti cults, where salvation is attained by chanting God´s name and socializing with other devotees. The theoretical justification in both cases seems to be the same: during this spiritual dark age, the old and taxing forms of initiation no longer work, hence salvation has been made easy and accessible to all.

This e-book contain very little theology or metaphysics of this kind, however. It´s mostly a straightforward description of Pure Land basic beliefs and practices. Most of the material describes various rituals and prayers used by this particular form of Buddhism. For some reason, rituals devoted to death and dying are prominently featured. Good introduction to Pure Land Buddhism, but perhaps too much on the “ritual” side. Three stars!