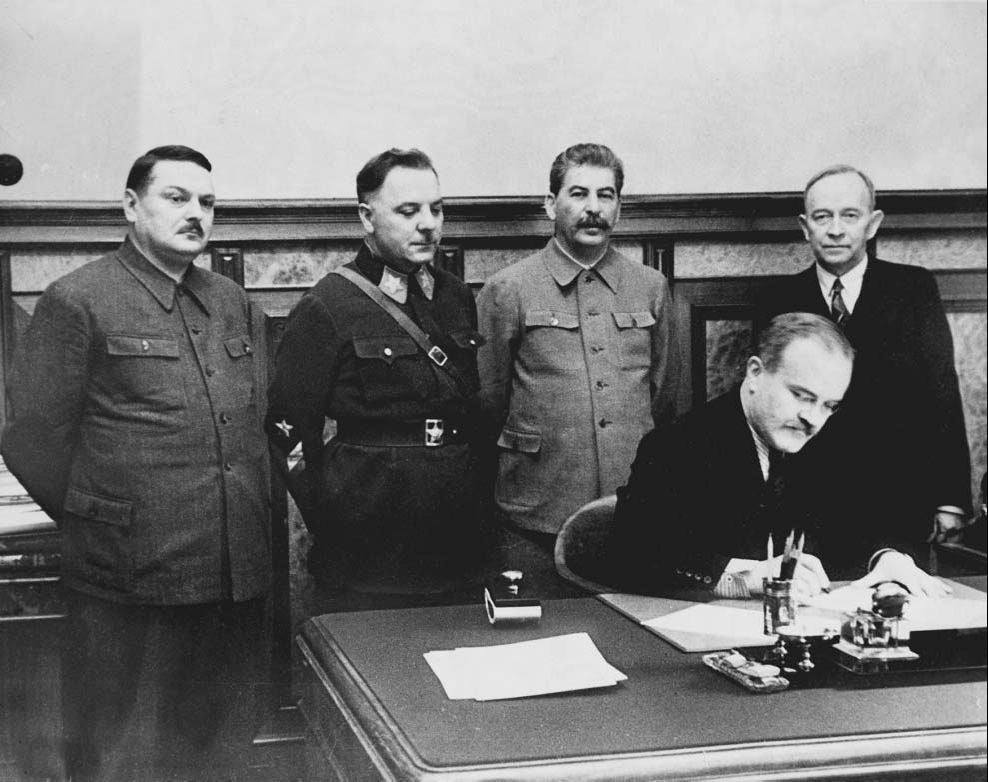 This is a short pamphlet authored by Otto Kuusinen, the notorious Finnish Communist leader. Kuusinen was the head of the short-lived “Finnish Democratic Republic”, the puppet regime appointed by Stalin after the Soviet attack on Finland in 1939. Later, he became a member of the Politburo of the Communist Party of the Soviet Union, in effect becoming one of Stalin's closest associates.

“The Right-Wing Social-Democrats Today” was probably written in late 1947. The place of publication is Moscow. The Cold War had just begun, Communists had been ousted from the post-war coalition governments in Western Europe, but the “Prague Coup” of 1948 had not yet taken place. Tito's Yugoslavia was still part of the Soviet bloc. A militant strike wave supported by the Communists had been violently suppressed in France, while the United States was pushing forward with the Marshall Plan. Also, Communist leaders from different countries had met in Poland and set up the Cominform, a kind of quasi-resurrected version of the old Comintern.

The popular frontist line (official circa 1935-39 and 1941-47) was in shambles, and Kuusinen therefore resuscitates the ultraleftish policies of Zinoviev's Fifth Comintern congress and Stalin's Third Period (but without ever explicitly saying so). Social Democracy and fascism are said to be the two arms of the bourgeoisie, both used to crush the workers' movement. The Social Democrats serve the darkest reaction, have become direct agents of the most aggressive sectors of the international bourgeoisie, and participate in the plans for a war against the Soviet Union. Kuusinen implies that the Social Democratic parties have changed their character in a qualitative way. He never explicitly says they are no longer workers' parties, but that is the logical conclusion.

Most of Kuusinen's pamphlet deals with Britain and France. It's not entirely clear why. Perhaps it was intended to be distributed in those two countries above all? Or perhaps they were chosen because the British Labour Party and the French Socialist Party were strong and had governmental power. They are therefore the “right-wing Social Democrats” par excellence. It's interesting to note that despite his “ultraleft” line, Kuusinen also appeals to European nationalism, above all French nationalism, against the United States. The French socialist leader Léon Blum is referred to as “the bard of national betrayal”. Perhaps the old Finn was oblivious to the anti-Semitic implications of his slur. Perhaps not. Note also how bizarre the slur sounds coming from the former leader of a Stalinist puppet regime! Bard of national betrayal indeed...

In the end, I consider Otto Kuusinen's article to be relatively uninteresting, and I will therefore only give it two stars.