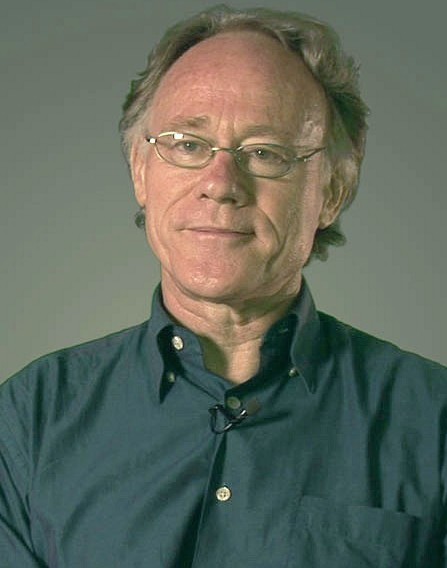 “Magicians of the Gods” is a tour de force by controversial explorer Graham Hancock, and is considered a sequel of sorts to his “Fingerprints of the Gods”, published already in 1995. Reading it was like a conversion experience, although strictly speaking I was “converted” to the idea of a Lost Civilization (or, more likely, lost civilizations in the plural) already after reading John Michael Greer´s “Atlantis: Ancient Legacy, Hidden Prophecy”. I used to believe that Hancock was simply a latter day Velikovsky-Däniken combo. I now think that the man is on to something, probably something huge!

The main archaeological discovery since “Fingerprints” which, more or less literally, “changes everything” is the ancient temple complex at Göbekli Tepe in Turkey, believed to be about 12,000 years old. At the time, only hunters and gatherers lived in the area – indeed, all humans everywhere were still at the Paleolithic or Mesolithic stages of technological and cultural development. Either hunters and gatherers built enormous temple complexes, or…well, you get the picture. Hancock believes that ancient Göbekli Tepe was built by survivors from “Atlantis” or the Lost Civilization. I happen to agree that something very, very strange is going on here. In fact, if Hancockism (or hyper-diffusionism) ever becomes main stream, it will be because of Göbekli Tepe. In my crystal ball, I see a popular documentary about the site circa 2020…

On most points, Hancock´s ideas are more radical or “fringe” than those of official archaeology. He believes that sites dated by archeologists to within the span of “known” human history are actually considerably older. The book contains discussions about Baalbek, Sacsayhuaman, Tiwanaku, submerged cities off the Indian coast and a pyramid-like structure in Indonesia. Unsurprisingly, the controversial redating of the Sphinx carried out by Robert Schoch is discussed, and Hancock seems to believe that all structures at Giza are either older than Egyptologists want to admit, or based on a master plan from primordial times. A strong point of the book (at least to a “moderate” like myself) is that the fringiest aspects of Hancock´s previous works are played down, such as the notion of “wandering poles” and “crustal replacement”. He even attacks the late Zecheriah Sitchin, calling his works “science fiction novels”. No face-on-Mars either! It´s not entirely clear whether Hancock believes that Atlantis was technologically advanced as in 21th century modern, or whether they looked more akin to other ancient civilizations, albeit with some additional gadgets (perhaps some form of electricity).

The most disturbing aspect of “Magicians of the Gods” is, inevitably, the discussion about the reason behind the Lost Civilization´s disappearance. Why exactly did it go lost? Hancock believes that Earth was struck by a comet at the end of the last Ice Age. The comet impact vaporized large portions of the ice sheets, creating a massive flood which destroyed Atlantis and any other civilizations which may have been in existence. Hancock believes that this global cataclysm turned humanity into a species with amnesia (a Velikovskian notion – really a secular form of Gnosticism). He also believes that the survivors of Atlantis encoded hidden messages about the next apocalypse at Göbekli Tepe and other ancient sites. The time is NOW, more specifically 2012 to 2040, during which the comet will return and once again destroy us all…unless the nations of the Earth can unite and stop the old devil with some modern space technology. I admit I´m not entirely “converted” on this point – Hancock´s interpretation of the Göbekli Tepe stela with the scorpion motif sounds like pure speculation. Note also the tie-in to the failed New Age prophecy of 2012. That being said, the author is probably right that neo-catastrophism deserves a hearing within academe.

If Hancock is right about the Lost Civilization, many ancient mysteries will finally be explained. Why do unconnected cultures all over the world have flood legends? Why is humanity´s original concept of history not “progress” but rather regress from a Golden Age? Why do legends from unconnected cultures talk about a dangerous comet? Why are the Sumerian king lists so ridiculously long, stretching back into pre-history? Why did many ancient civilizations claim to have been founded by culture-heroes from foreign lands, rather than by the natives? What caused the “genetic bottlenecks” our species seems to have gone through? And, ahem, why did Plato place the destruction of Atlantis right at the end of the last Ice Age? I wouldn´t be surprised if the Lost Civilization will be accepted academic dogma in 50 years or so, at which point everyone will say that of course they knew all this all along, Graham Hancock be damned. Perhaps we should take special care to preserve “Magicians of the Gods” to posterity…

Of course, there are other aspects of “Magicians” which I found more questionable, including a quasi-religious reverence for said magicians and their secret brotherhood . Hancock´s ideas are easy to combine with Theosophy and I believe ARE has promoted them. The idea that the culture-heroes may have been White is likely to appeal to Alt-Right circles, although the Indonesian-Tamil aspect perhaps mitigates this. (Unless, of course, you believe in the Tropical Ur-Heimat of the Aryan race!) I believe that Hancock´s success can at least in part be explained by its character of “revelation”. I already mentioned that Velikovsky´s idea of amnesia sounds like a form of Gnosticism. Some groups hope to find religious or technological secrets left behind by the Atlantids, perhaps in a Hall of Records under the paws of the Sphinx. OK, here is the bad news: what if Atlantis turns out to be just another ancient civilization, ultimately neither better nor worse than Egypt, Greece or Rome? The Hall of Records is just another bunch of cuneiform tablets.

Still, the good news is that Atlantis might have been real, warts and all, and I therefore give this book five stars.