The first time as comedy... 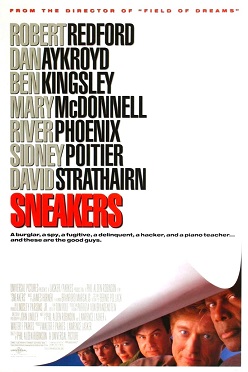 This film was made in 1992, but looks like a Robert Redford classic circa 20 years earlier. In many other ways, it feels brand new. Made at the very dawn of the Internet age, the plot centers around a mysterious black box which could hack the entire world economy and perhaps even bring it down, usher in a Golden Age of Cyber-Utopia…or not. Meanwhile, the NSA (who else? LOL) want the box for domestic spying, while Muh Russians are waiting in the wings. The only thing missing is a guy with orange hair running for president… And yes, the DNC, of all people, are the *good* guys in this slightly comical film about cloak-and-dagger break-ins, over-aged computer nerds, and the hack to end all hacks. Funny Swedish television showed it just on the heels of the Mueller indictment of 13 nothing-burgers. The first time as COMEDY, the second time as farce!