The Gnosis beyond Antarctica 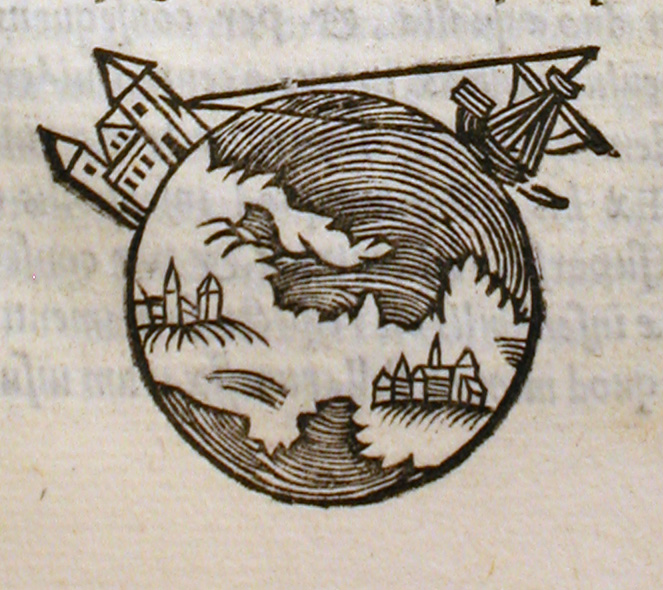 I recently discovered a new conspiracy theory which is growing in popularity on the web: the idea that the Earth is flat, and that the powers-that-be are hiding this knowledge from us for ulterior reasons. Everyone has heard of the Flat Earth Society, and it seems that their ideas have now gained traction within the broader “alternative” milieu. The author of this book, Winston S, is a recovering believer in Globe Earth who recently “realized” that flat earthism is the way to go. Half of his book contains an adventure story (I admit that it's relatively well written), while the other half describes the authors' own journey of worldview exploration. Although I consider the speculations of Winston S bizarre in the extreme, I did find the book interesting on several levels.

First, a short description of the “theory” of the flat earth. Winston S isn't arguing that the flat earth revolves around the sun. Rather, the Earth is a stationary disk. In this geocentric scenario, the sun is very small and circles around the Earth together with the Moon and the planets. The nature of the stars is less clear, but they too are small and circle the disk-shaped Earth. The North Pole is the center of the Earth disk, while the South Pole doesn't exist. A correct outline of the world would therefore look like the map shown on the United Nations flag! Antarctica is a huge wall of ice, forming a barrier around the entire circumference of the disk. So far, I think Winston is following the standard teachings of the Flat Earth Society. But what lies beyond the ice wall? I don't know if the Society ever answered that question. Winston S believes that the Earth disk is infinite, that our natural resources are therefore potentially endless, and that our rulers are an evil cabal who imprisons us on a small patch of the infinite Earth, forcing us to fight each other over meager resources. If we could just penetrate the ice wall, we would get answers to all our questions, including those related to topics such as UFOs, Bigfoot or Atlantis, in addition to essentially free energy…

Winston S calls himself both atheist and agnostic, and frequently attacks organized religion. Many other flat earth believers, by contrast, are Christian fundamentalists or New Age cultists. However, I think it's obvious that flat earthism functions as a substitute religion for the author. To Winston S, the idea that we live on a finite globe in infinite, dark and inhospitable space is intolerable, as it makes our lives meaningless and worthless. Living on an stationary disk with infinite possibilities of resource extraction, civilization building and exploration, is apparently more meaningful. It's intriguing to see how Winston S combines his primitive belief in a flat earth with Christian anthropocentrism and the modern idea of eternal progress!

Thus, he writes: “I reject all attempts to minimize the meaning of my life here on Earth… (…) There is nothing crazy or stupid in seeking the truth about what lies beyond the edges of the known world. Infinity is our birthright, it's our destiny, and the only thing stopping us would be residual belief in the falsified reality Matrix, their not so allegorical Cave.” (Kindle Locations 659-664). Further, he says: “All it will take to create a paradise on Earth is awakening the vast majority of the human race of the fact that we’ve been tricked on a fundamental level. We’re enclosed in a matrix of lies, not a glass, impassible dome. We’re not isolated bits of debris passing through a meaningless universe. We, the human race, are the center of everything there is. We are the center of creation and our significance has been hidden from us.” (Kindle Locations 1841-1844).

The author mentions Urizen, William Blake's version of the Demiurge, suggesting a familiarity with Gnostic thinking. Indeed, Winston S seems to be a “Gnostic” in the sense that he regards our part of the disk-shaped Earth as a prison created by some mysterious and evil overlords, the exact character of which is never spelled out. The wall of ice is both a physical barrier and a metaphorical-spiritual one. Penetrating the barrier and move beyond it is really a spiritual act of Gnosis through which the Truth hidden by the overlords will finally be known and humanity liberated. Establishment science plays the role of gatekeeper á la the evil Archonts in Gnosticism, who try to stop souls from being liberated. Note also the constant references to the film “The Matrix”, a Gnostic allegory. Essentially, Winston S has secularized Gnosticism, turning it into a weirdly literalistic worldview about physical exploration beyond Antarctica on a stationary Earth.

“The Flat Earth Survival Guide” is interesting for other reasons, too. The author admits that he discovered Flat Earth conspiracy theory at a low point in his life, when he had personal and psychological problems. The main character of his adventure story is a misunderstood genius and “basement dweller” named Doug who leaves his menial job as a pizza delivery man for a life of exciting Flat Earth exploration with the explosive potential to change the world. Says Doug (probably the author's alter ego): “Admittedly, I’m `out there' with some of the things I have come to believe in, but this doesn’t mean that I’m crazy or unscientific. On the contrary, when I get into Internet chats with others, I get the distinctive impression that we, those of us on the fringe, are actually on the cutting edge. The cutting edge of societal evolution. We’re all outsiders and loners bound by one thing: an ardent desire to seek out and find the truth. And there are more of us than might be expected judging by the scant attention and credibility we have in the mainstream culture.” (Kindle Locations 1034-1038). Naturally, the socially inept loser gets the hot girl in the end, while fighting off the evil conspirators who are out to get him! Apart from this little fantasy, the adventure story (titled “Flat Earth Revolution”) gives an interesting peek into the psychology of conspiracy theorists and other fringe believers, and is occasionally even somewhat self-ironic. I wonder whether Winston S is lampooning actual people in the Flat Earth milieu?

However, the flat earth revolution doesn't have a happy ending. Doug and his friends do manage to fly beyond the Antarctic ice wall, and discover a hyper-technological civilization. However, the denizens (who never show themselves) turn out to be the bad guys, and promptly destroy most of humanity by unleashing an armada of UFOs and zombies (not even Donald Trump's resistance movement can save the day). Doug and his girlfriend become the Adam and Eve of a new civilization, but it's unclear what, if anything, they can do to stop the murderous overlords. Thus, the novel ends on a pessimistic note. But even here, the “alternative” author isn't far away from established modern preconceptions or the Christian religion. The apocalypse is, of course, a standard Christian motif. The idea of a secular apocalypse is firmly entrenched in American culture and represents both a secularized Christianity and the flipside of the Idea of Progress.

When all is said and done, the bizarrely Stone Age idea of a flat earth has been turned into another vehicle for the anxieties, hopes and fears of modern Western civilization in its advanced state of decay...

For making me deeply intrigued, I give "The Flat Earth Survival Guide" four stars!